Just in time for Spring Break! A plethora of exciting new releases this week, many we here at Rich in Color are excited about and recommend.

First up, the highly anticipated conclusion to Ellen Oh’s fantastic Dragon King Chronicles. I know I will be at the bookstore Tuesday buying my copy. Look for my review in the next few weeks. 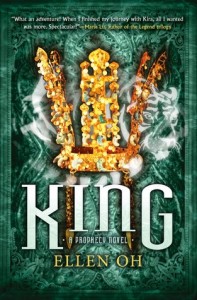 Girl warrior, demon slayer, Tiger spirit of the Yellow Eyes—Kira is ready for her final quest. In this thrilling finale to the Prophecy trilogy, fans will get even more of the fierce Kira and her quest to save her kingdom!

All eyes are on her. Kira, once an outcast in her home village of Hansong, is now the only one with the power to save her kingdom. She must save her cousin, the boy fated to be the future king, uncover the third lost treasure, and face innumerable enemies in order to fulfill the famed prophecy.

Kira braves a sea of tigers and battles armies of demons as she musters her inner strength and learns to trust herself, the romantic feelings for Jaewon that are growing within her, and the destiny that must be hers.

Next is another historical fiction novel by the author of Code Name Verity. Crystal loved the book and reviewed it here – Black Dove, White Raven. 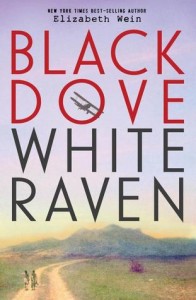 In the tradition of her award-winning and bestselling Code Name Verity, Elizabeth Wein brings us another thrilling and deeply affecting novel that explores the bonds of friendship, the resilience of young pilots, and the strength of the human spirit. – Cover image and summary via Goodreads

Also coming out is another book that has been getting buzz and one that Jessica reviewed just last week. Read her glowing review here – The Kidney Hypothetical. 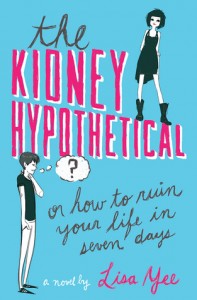 The Kidney Hypothetical: Or How to Ruin Your Life in Seven Days by Lisa Yee
Arthur A. Levine Books

But something’s not right. And when Higgs’s girlfriend presents him with a seemingly innocent hypothetical question about whether or not he’d give her a kidney . . . the exposed fault lines reach straight down to the foundations of his life. . . . – Cover image and summary via Goodreads

The sequel to last year’s hit, Dorothy Must Die, finally arrives on Tuesday as well. I enjoyed the first book and am looking forward to the sequel. 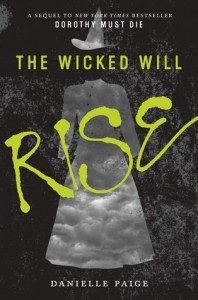 In this dark, high-octane sequel to the New York Times bestselling Dorothy Must Die, Amy Gumm must do everything in her power to kill Dorothy and free Oz.

To make Oz a free land again, Amy Gumm was given a mission: remove the Tin Woodman’s heart, steal the Scarecrow’s brain, take the Lion’s courage, and then Dorothy must die….

But Dorothy still lives. Now the Revolutionary Order of the Wicked has vanished, and mysterious Princess Ozma might be Amy’s only ally. As Amy learns the truth about her mission, she realizes that she’s only just scratched the surface of Oz’s past—and that Kansas, the home she couldn’t wait to leave behind, may also be in danger. In a place where the line between good and evil shifts with just a strong gust of wind, who can Amy trust—and who is really Wicked?  (summary and image from Goodreads) 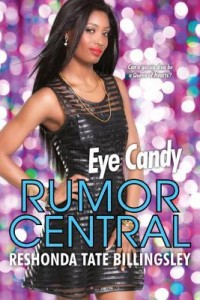 She’s gone from gossip reporter to half of the entertainment industry’s newest power couple. And hot singer J. Love’s mad string of hits definitely makes him a good look for Maya—and her career. But she’s feeling something more for laid-back, mellow “civilian” Alvin. A lot more. Now J. Love is using every dirty-spin trick in the glitterati book to humiliate Alvin—and sink Maya’s brand if he can’t hold onto her—and their celebrity-couple perks. With her empire on the line and her rep at stake, Maya will draw on every reliable source and every crazy scheme she’s ever played to save what she’s earned—and prove she can have love and fame. – Cover image and summary via Goodreads 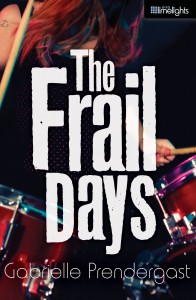 Sixteen-year-old drummer Stella, guitarist Jacob and bassist Miles need a wild singer for their old-school rock band. When they discover nerdy Tamara Donnelly, who nails the national anthem at a baseball game, Stella is not convinced Tamara’s sound is right for the band. Stella wants to turn Tamara into a rock goddess, but Tamara proves to be a confident performer who has her own ideas about music and what it means to be epic cool.

When their band, the Frail Days, starts to build a local following, Stella and Tamara clash over the direction the band should take, forcing them to consider what true musical collaboration means.