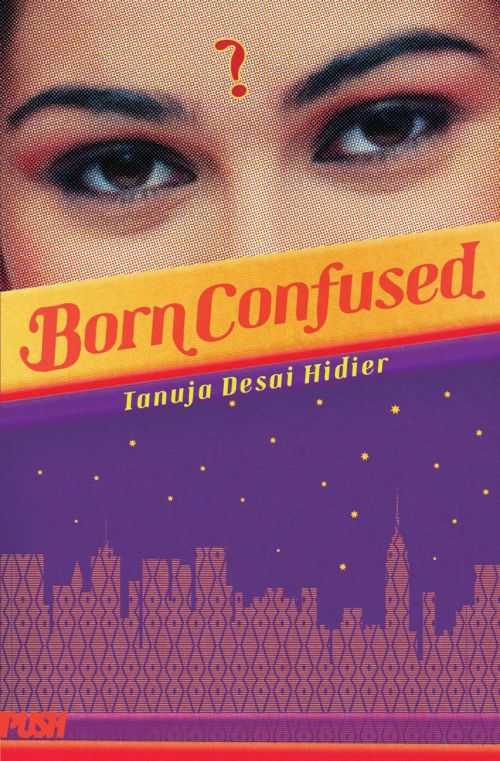 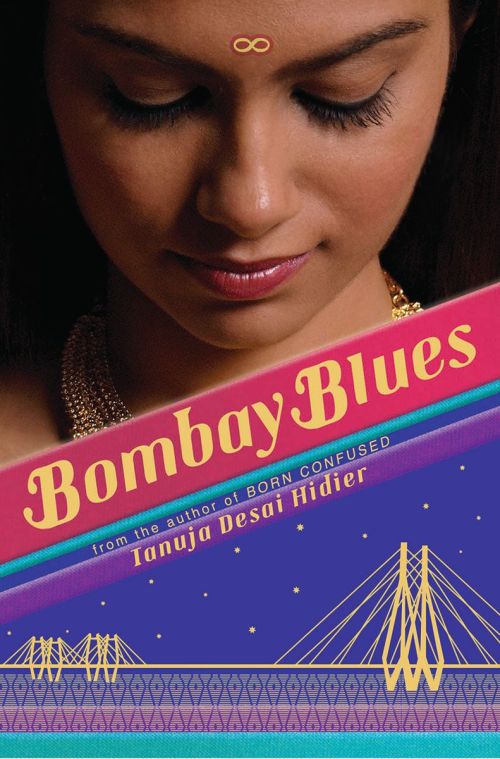 Today we welcome Tanuja Desai Hidier to the blog to share about her writing and music.

Tell us a bit about your life as a writer. What drew you to writing and what has kept you writing?

Reading! I’ve turned to the pen since as far back as I could hold it, and savor, seep into, fall into, flip a page. I was around five when I wrote my first poems: “The Secret” (spoiler alert: it’s a feather) and “Nelly & Shelly” (the fascination with supertwins commenced early). I wrote mostly poems till my teens; I have boxloads of three-ring binders of them in my childhood home. Some of these poems had melodies too–were first songs, in a sense. As a child I also invented bands and singers: designed their album covers, wrote and recorded songs for them on my tape recorder, and had a whole index card system where I’d draw them on one side, and write their bios on the other.

Funnily, none of my singers were ever women of color (always women, though). In fact, I only realized in my 30s, maybe even 40s, that this was the same of my short story characters (and I was writing those from about six years old onwards too—a long time!).

Most likely because I’d never seen such heroes and heroines on bookshelves, TV screens, magazine pages (and street: my family was the first of our particular ‘brown’ in our town, and the first to immigrate from both sides of the family in the 60s).

Many years later—after eons of procrastination, distraction, and, mainly, self-doubt in terms of not only my ability to write a novel, but whether I even had a story to tell—one of the reasons I wrote Born Confused and protagonist Dimple Lala was to fill this hole on my childhood bookshelf with a South Asian American coming of age story. To create heroes and heroines who more closely resembled those  in my own life. My own home.

Born Confused is considered to be the first South Asian American YA novel, and recently celebrated its 15th anniversary. The sequel,  Bombay Blues, received the 2015 South Asia Book Award. Can you tell us more about them?

All those years ago, when I was writing Born Confused, I didn’t realize so consciously that it was the first South Asian American YA novel. I was just trying to tell my truth. Truths. But funny how when you do that you often stumble across the truths of others.

Born Confused is a book about a teen girl, her heart, her home, her camera, her cultures…and how they all ultimately harmonize when she stops seeing things as black and white, or even shades of grey, but rather as magnificently multidimensioned and (it’s true!)…rich in color.  Set largely in the context of New York City’s bhangra / Asian Underground club scene, the story follows Indian-American heroine Dimple Lala through a summer that turns her world on its head as she tries to bring together her cultures without falling apart in the process. The book takes its title from ABCD, or American Born Confused Desi, a term used to describe these second and third generation South Asians
who are supposedly “confused” about where their roots lie—and on one level is a journey towards clarity, turning that C for Confused into a C for Creative…which feels like it better describes the desis in my own life.

Born Confused is my exploration of ‘brown.’ And, many years after that, one of the reasons I wrote Bombay Blues—an exploration of ‘blue’—was to move beyond the skin. Set against the backdrop of Mumbai’s contemporary indie music and arts scene, this crossover/adult novel/sequel sees Dimple journey from New York to Bombay, and adolescence to adulthood, in a now globalized India…where she bumps against and blurs the boundaries between tradition and the modern, East and West, in a whole new way. It’s Dimple’s first experience of being brown among the brown, and her personal and artistic journey leads her to follow blue—the color, the mood, the music, on into the
wild blue yonder (that of her heart as well).

In the decade between novels—during which time I also became a mother to two daughters—I explored a few other book ideas. But in the end, I suppose I missed Dimple too much; I was wondering how and where she was, what she was up to… and knew the only answer to that question would be to write it. And Bombay, it became compellingly clear, was where I could find her.

Becoming a parent myself certainly crystallized my desire to learn this part of my own parents’ history better: the city of their courtship, of my mother and brother’s birth—yet a place American-born me barely knew. I longed to write my way towards this metropolis of myth and memory—and, hopefully, into it.

In the 15 years since you wrote Born Confused, have you seen change in the YA community?

Enormous changes! Some pretty wonderful happy beginnings are happening in the world today…which is heartening, given the difficulties of our time. For example, in the world of books…well, Dimple and I didn’t have a lot of on-page company back then. Today, the literary landscape is so different—wonderfully. Far more windows and mirrors (I look at my daughters’ bookshelves and—wow! On the desi front alone: Uma Krishnaswami, Marina Budhos, Mitali Perkins, Vivek Shraya, Padma Venkatraman, Nidhi Chanani. Nisha Sharma, SJ Sindu, Samira Ahmed, Sona Charaipotra, Pooja Makhijani, Sharbari Ahmed. To name a few!)

Back when I wrote Dimple, there was no #WeNeedDiverseBooks. No #OwnVoices. (No Twitter, either.) No community for this kind of amplification and fortification. (Thank gods we have access to it now.)

Until the readers. And then…FROCK! what a blessing. Thank you to the readers, the librarians, the teachers who have nurtured Dimple (and me! and us!) through all these years. For opening your own hearts and giving us a home. For letting us choose—and write— our heroes.

And, what a revelation: WE can be heroes!

And you know, during these fraught times, we also MUST be. Our diverse, universal stories are more important than ever. Stories can be such powerful peacemakers: slipping you into the shoes of another and showing you how to walk.

And: We can write things into being, too. Show the world not only as it is but how it could be. And show yourself how you can be, too.

Are you writing any YA right now or in the near future that you may talk about?

Born Confused is set in NYC and sequel Bombay Blues in Bombay/Mumbai…and I’ve often felt there should be a third part to Dimple
Lala’s story: the London book (my base for yeeears, and the beloved city from where where I wrote NYC and Bombay: a Portobello Road flat and Muswell Hill/SoHo cafs respectively). A sister city where every inch every moment you can have a multisensory experience of all the ways race, culture, art, music, diaspora, motherlands intersect. And where Asian culture is such a part of the main and sub cultures.

Funny I’ve never written about a place while in it…so maybe I’ll have to pitch home base elsewhere for that London book (and album!) to emerge…? 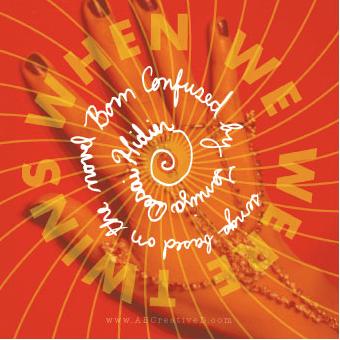 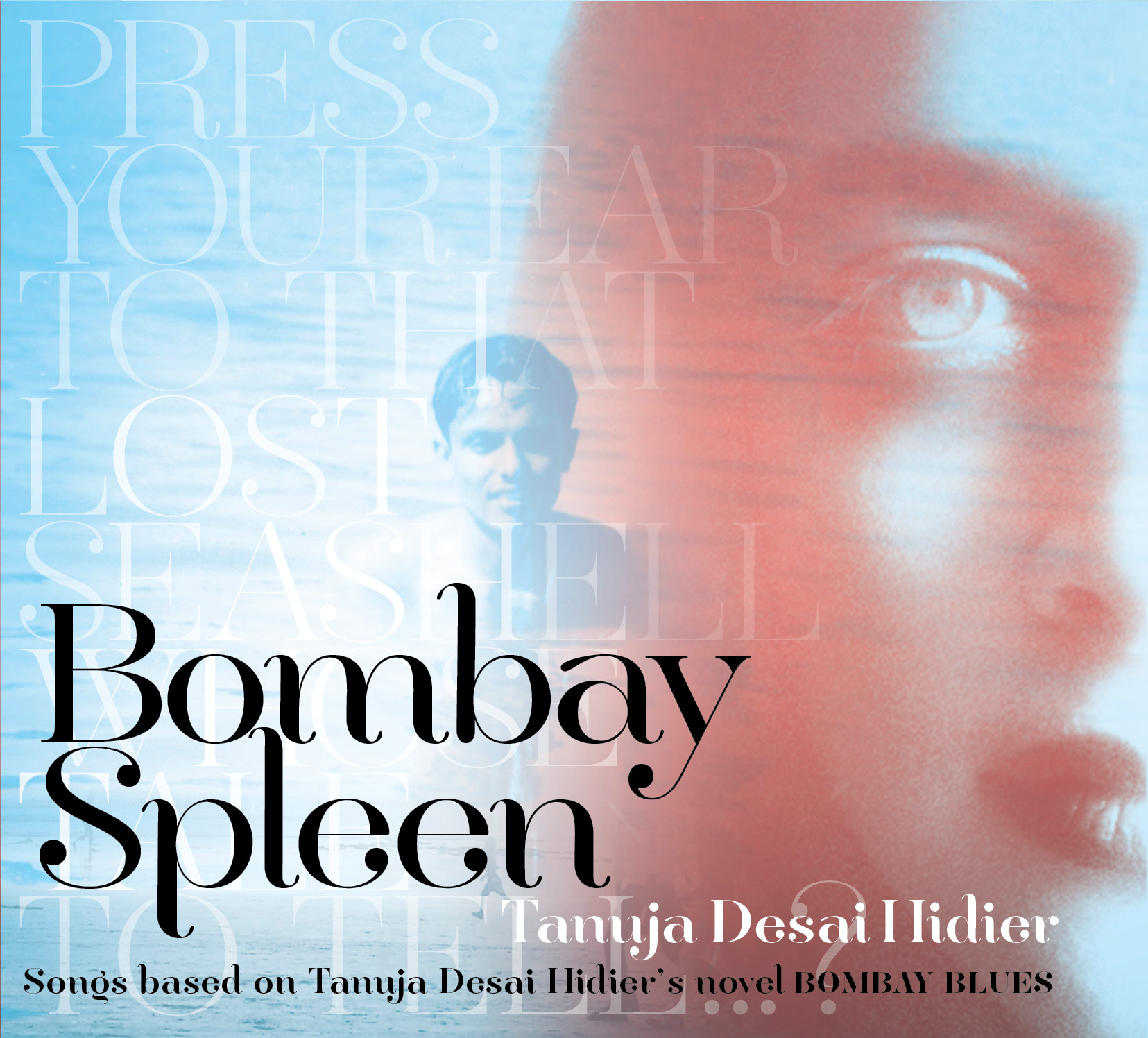 How are your books and music connected?

I write songs as well as fiction, and have made albums of original music connected to both my novels (‘booktracks’). When We Were Twins: songs based on Born Confused. And Bombay Spleen—songs connected to Bombay Blues. It was a natural progression for me to explore the stories in music (I was in a playing /gigging London band while writing Born Confused and had just been in one in NYC, too).

And finally: What are you doing to celebrate Dimple Lala’s 15th anniversary?

Celebrating The We! Our communities, our storytellers, our culture-makers-and-shapers. With the DEEP BLUE SHE #Mutiny2Unity #MeToo #WeMix music video project—a year in the making (massive shoutout to editor Atom Fellows)—featuring 100+ artist/activists (including authors Marina Budhos; Gemma Weekes; Kat Beyer; Uma Krishnaswami; Elizabeth Acevedo; Cynthia Leitich-Smith; Paula Yoo; Sharbari Ahmed; Mitali Desai; Eliot Schrefer; Mira Kamdar; Nico Medina; Billy Merrell; Bill Konigsberg). In a way, Deep Blue She is my birthday promise to Dimple Lala: To keep celebrating the ‘skins’ we’re in, honoring our collective and individual voices. And it’s a thank you as well, to the communities I’m blessed to know and call home, for their dedication and determination to fight the good fight. To tell our stories. And be heard.

(And hopefully to offer support and concrete help so others can do so: all artist proceeds from sales of the remix at Bandcamp to charity.)

With thanks and love from me and Dimple.

Tanuja Desai Hidier is an author, singer-songwriter, and innovator of the ‘booktrack’ (albums of original songs to accompany her novels). Her first novel, Born Confused—considered to be the first ever South Asian American YA novel—recently turned 15. Born Confused has been hailed by Rolling Stone Magazine, Entertainment Weekly, and Paste Magazine as one of the greatest YA novels of all time (on lists including such classics as To Kill a Mockingbird, The Catcher in the Rye, Huckleberry Finn, and Little Women). Tanuja is the recipient of the 2015 South Asia Book Award (for her second novel, Bombay Blues), the James Jones First Novel Fellowship, and the London Writers/Waterstones Award, and her short stories have been included in numerous anthologies. Her most recent project— the DEEP BLUE SHE #Mutiny2Unity #MeToo #WeMix music video/PSA, based on a track from her second album, and featuring 100+ artist/activists (mostly women of color)—is now live. Outlook India calls it “The We Are The World of our times.” All artist proceeds from sales of the remix to charity. More info at: www.thisistanuja.com/DeepBlueShe