For the last few years, I’ve been trying to get into reading comics more — and I count myself lucky that I have impeccable timing. The recent run of superhero comics and graphic novels have been wonderfully queer and diverse in their representation. Not being super knowledgeable about comic book trends, I don’t know if this is a new thing, or I’ve just become more aware of all the wonderful stuff out there. Either way, it’s awesome. Here’s a rundown of what’s been on my radar: 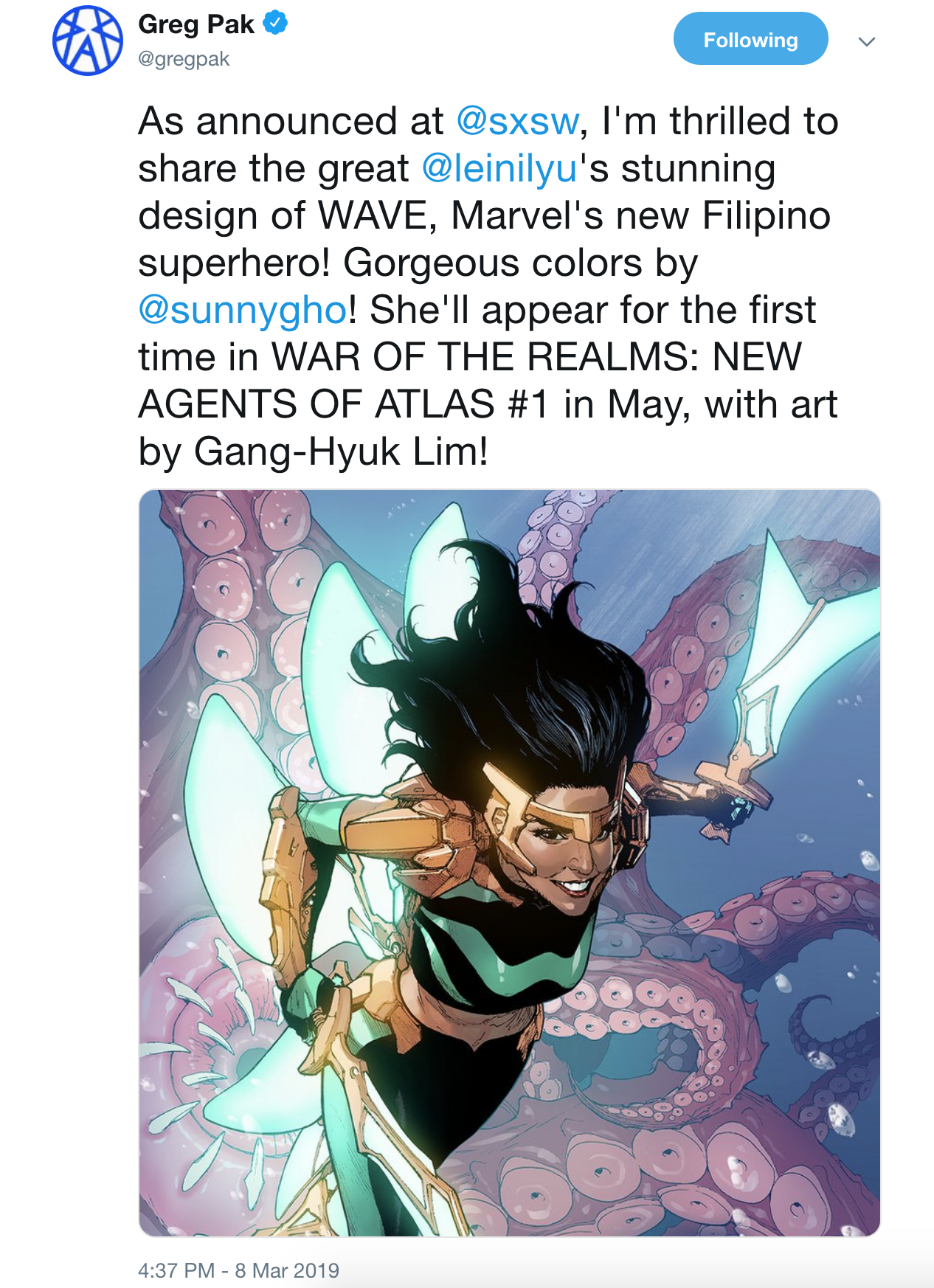 First up! Superhero comics. Greg Pak, the writer behind Mech Cadet Yu and The Totally Awesome Hulk (aka Amadeus Cho) recently announced a new Filipino superhero to appear in War of the Realms: New Agents of Atlas. How cool is that? (For more Asian American superhero comics, check out this past list.)

On top of that, I’ve been super excited about the latest Miles Morales (Miles Morales: Spider-Man) and Ms. Marvel comics (Magnificent Ms. Marvel) written by Saladin Ahmed. It doesn’t help that after watching Into the Spider-verse and Captain Marvel this year, I basically want all the superhero comics.

Next, mechs! Okay, this is just my excuse to talk about Mech Cadet Yu, written by Greg Pak and illustrated by Takeshi Miyzawa. Basically, Stanford Yu (he speaks Cantonese and has an awesome mom!) ends up bonding with a giant robot while at Sky Corps Academy. It’s a good thing, too, since he and his classmates have to save the planet from monstrous aliens…

Finally, queer stories! *rubs hands together gleefully* Laura Dean Keeps Breaking Up with Me is an upcoming comic written by Mariko Tamaki and illustrated by Rosemary Valero-O’Connell. In the past, Mariko Tamaki worked on comics This One Summer and Skim, on top of writing the YA novel Saving Montgomery Sole. (They are all excellent reads.) I’m really looking forward to its release on May 7th. I also really enjoyed reading On a Sunbeam by Tillie Walden.

So that’s my rundown of comics I’ve been reading or looking forward to. Got any good comics recs for us? What’s on your TBR list?