For Black History Month I made a list of amazing scifi/fantasy novels by Black authors, so I thought I’d so the same for Women’s History Month. I chose a mix of new novels changing the game and some of my old favorites.

I haven’t read Iron Widow yet, but it is on my TBR list. I’ve heard nothing but good things about this novel and how much of a game changer it is. 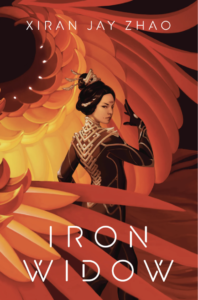 One of my favorite sci-fi/fantasy reads is a book that I’ve read over and over again because it’s just such a beautiful story. This was Roshani Chokshi’s debut novel and it left a huge impact. I’ve read all her books since then, and her stories have just gotten better but The Star-Touched Queen has my heart. 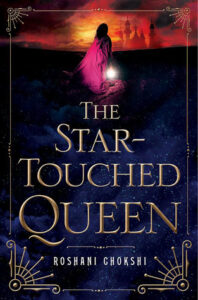 The Star-Touched Queen by Roshani Chokshi
Fate and fortune. Power and passion. What does it take to be the queen of a kingdom when you’re only seventeen?

My good friend Haneen loves this book and raves about it any chance she gets. I happen to agree with her. 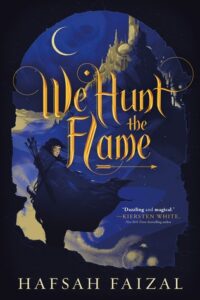 We Hunt the Flame by Hafsah Faizal
People lived because she killed. People died because he lived.

Zafira is the Hunter, disguising herself as a man when she braves the cursed forest of the Arz to feed her people. Nasir is the Prince of Death, assassinating those foolish enough to defy his autocratic father, the sultan. If Zafira was exposed as a girl, all of her achievements would be rejected; if Nasir displayed his compassion, his father would punish him in the most brutal of ways. Both Zafira and Nasir are legends in the kingdom of Arawiya–but neither wants to be.

War is brewing, and the Arz sweeps closer with each passing day, engulfing the land in shadow. When Zafira embarks on a quest to uncover a lost artifact that can restore magic to her suffering world and stop the Arz, Nasir is sent by the sultan on a similar mission: retrieve the artifact and kill the Hunter. But an ancient evil stirs as their journey unfolds–and the prize they seek may pose a threat greater than either can imagine.

This new series by Maya Motayne is filled with so many plot twists that I say I will take my time reading the book but always end up speeding right through it. I loved the sequel and can’t wait for the last book and see how the series ends. 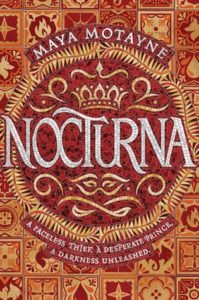 Nocturna by Maya Motayne
Set in a Latinx-inspired world, a face-changing thief and a risk-taking prince must team up to defeat a powerful evil they accidentally unleashed.

Another old favorite story where the mythology Cordova created was just so lush, so real, that I lost myself in the story. I ended up sharing this book with my students and they loved it. 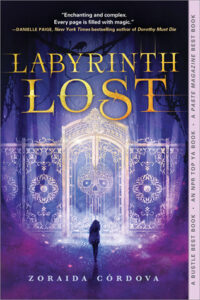 Labyrinth Lost by Zoraida Cordova
I was chosen by the Deos. Even gods make mistakes.

Alex is a bruja, the most powerful witch in a generation…and she hates magic. At her Deathday celebration, Alex performs a spell to rid herself of her power. But it backfires. Her whole family vanishes into thin air, leaving her alone with Nova, a brujo she can’t trust, but who may be Alex’s only chance at saving her family.