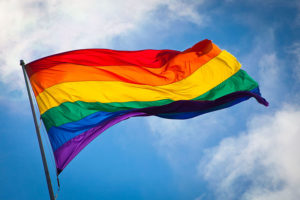 To celebrate Pride here at Rich in Color, I thought I’d gather a few teens to talk about the intersectionality of being an LGBTQ Teen of color and the representations, or lack thereof, they see of themselves in books. Spending 8 hours a day with Teens of Color, I was able to gather a few LGBTQ teens for a lively roundtable discussion and one-on-one interviews. The teens are a mix of future, current and former students whose ages range from 13-16. All of the students are very outspoken about LGBTQ issues and are voracious readers, hence the perfect kids to ask about their thoughts on what they want and need from their literature.

First off, teachers, librarians, publishers, anyone who wants to get diverse LGBTQ stories into the hands of teens of color, we all need to step it up. When I asked my students if they had ever read a book with an LGBTQ protagonist, let alone a protagonist of color, all of them, ALL OF THEM, said no. With the roundtable, the “no”s were so forceful that I was momentarily taken aback. These young people, who love to read, had never read a book that featured an LGBTQ character, especially a character of color, as the lead. Instead, they stated, they turned to fan fiction. The reasons they were drawn to fan fiction was that it offers “more perspectives of people like us, more LGBTQ, more options in genres, more points of view,” stated Awesome Kid #1. Then a student remembered reading Alex Gino’s novel, “George”. Awesome Kid #2 was excited to read the book “because it matched how people feel. Sometimes you can feel more feminine and sometimes more manlier. It captures how some us feel sometimes. We feel trapped, in some body that doesn’t feel like ours.” Former student, Awesome Kid #3, fell in love with the Half Bad Trilogy because “it mixes my two of my favorite things – gays in love and magical powers.” While Awesome Kid #3 did love the trilogy, they did not particularly enjoy the heartbreaking ending because it is a trope that is harmful and they wished to see a happy ending in an LGBTQ story.

Since none of my students saw mirrors of themselves in YA literature, I asked them what type of stories they would like to see and their responses were just as varied as the types of books they read. Awesome Kids #3 & 4 wanted less of a focus on “coming out stories and/or discovering sexuality” tropes and focus more on normalizing the character, that being LGBTQ is just who they are. Awesome Kid #4 said, “I would really love to see a book not focus on sexuality or gender identity, cause then I want people to normalize that you shouldn’t really focus on someone’s sexuality. I have friends who are bisexual or trans and I don’t focus on that.” Awesome Kid #3 agrees, saying they want “a story that’s not a big deal of their sexuality, yeah slide it in there, but like don’t make it every single aspect of them. Don’t make it a constant struggle with it [sexuality].” Awesome Kid #5 stated that they would love a book where a lesbian fell in love with a girl who is straight because that is something they experienced and would love to see that conflict brought up in a book.

As their teacher, I of course, asked them about reading books with LGBTQ characters in class. All of them agreed that it would have been helpful, not just for themselves, but for their classmates as well. Awesome Kid #4 stated, “Teens find ourselves through middle school and we get that encouragement from adults, even homophobic adults are like ‘okay, you don’t know, you’re young,’ but it’s not really because it’s so difficult to find yourself and if there was a book out there it would be really useful and make you think it’s not wrong to be like this.” Again, Awesome Kid #3 concurs that teachers should include more stories involving LGBTQ characters, and characters of color, because “[teachers] don’t want to offend or assume someone that’s [gay} in there, but they should always assume. My thing that I always remember, I saw it in a post, is that 1 in 10 kids…there’s about 30 kids in a classroom so 3 kids are hiding a secret, so you never know what someone needs.” All students stated that having teachers read books would have helped them, but the Awesome Kids of the roundtable did express concern about how teachers would handle the immaturity of some of the other students in the class. They also mentioned that in order for the teachers to be able to share books that feature LGBTQ characters, the teachers themselves would need to check their own feelings towards LGBTQ students. Awesome Kid #2 was surprised to find “George” in their teacher’s classroom because they know that some teachers are not supportive. Awesome Kid #2 stated, “I was confused but happy because I didn’t think teachers would have books like that because sometimes they [teachers] aren’t supportive and you can see it how they, the way they look when you bring something up like that, but to have a teacher like Mrs. D have the book made me feel calm.”  Awesome Kids #3 & 4 both stated that if teachers used books that featured LGBTQ characters, especially characters of color, in their classes, it would help open the minds of straight kids and allow them to see past stereotypes and see that LGBTQ kids are the same as any other kid.

Overall, the conversations I had with these Awesome Kids the past few days have been illuminating. This small group of 7 students is just a microcosm of the thousands of LGBTQ Teens of color who are wanting to see representation of themselves in literature. These teens are fully aware of how their media is failing them, but also know what could be done to bring about change. So I ask all of the teachers (myself included), librarians, writers, editors, publishers, anyone who is involved in producing books for teens, to take a good look at where you can step up to work harder to meet the needs of all the teens out there.

One Reply to “LGBTQ Teens of Color Speak Out”